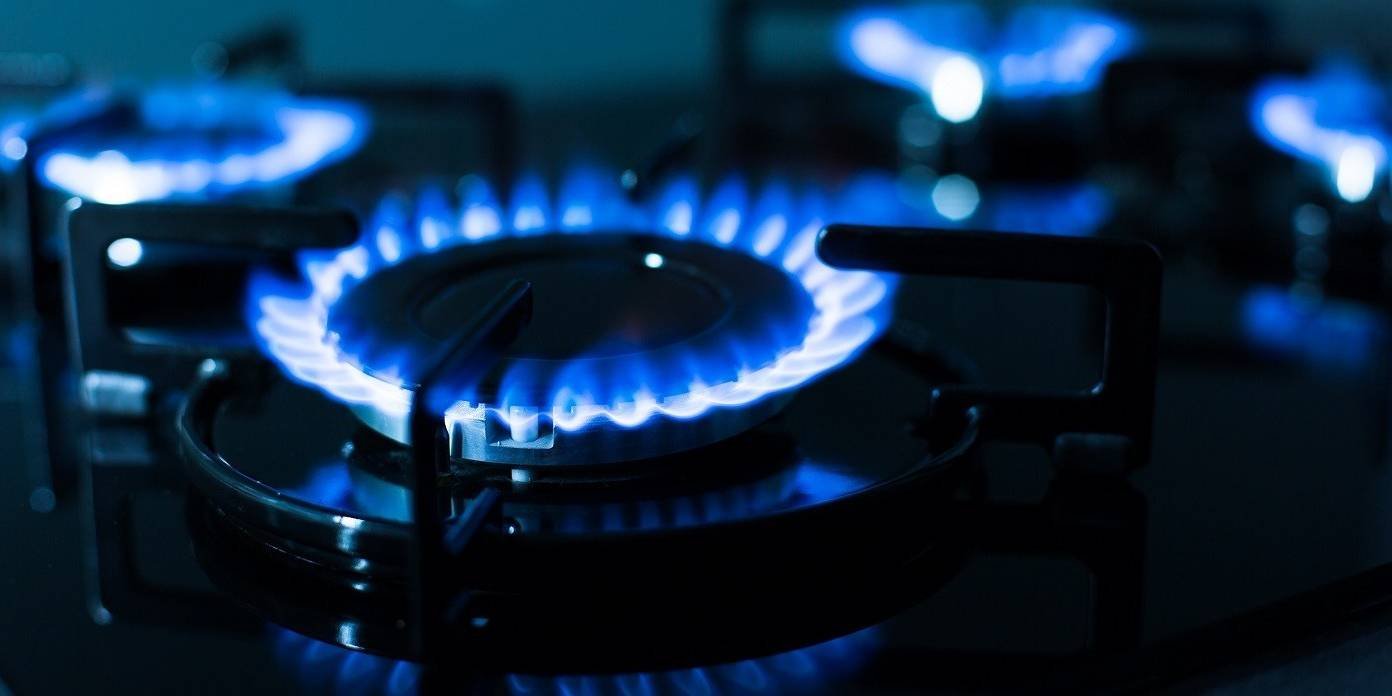 Hidden Subsidies: What They Are and Why They Are Dangerous For the Country

What are hidden subsidies?

A hidden subsidy means giving someone the right to buy a good at a below-market price, although you could have sold this good for more, and even if the purchase cost for you might have been higher than the price at which you are selling.

You are, in effect, gifting someone money, but not directly; the gift is the price difference. This is what hidden subsidies are.

All other things being equal, as economists like to say, when you are providing someone with hidden subsidies, you need to be aware of the following fairly obvious consequences:

1. You are not getting what you could for the good you are selling (thus, you incur losses).

2. You are incentivising inefficient use of the resource you are subsidising: the lower the price, the more will be consumed (this is called elasticity of demand).

3. Hidden subsidies primarily benefit those who consume more (and thus, presumably are richer), not those who are poorer.

4. You are disincentivising production, since lower prices usually cause producers to produce less (this is called elasticity of supply).

5. If hidden subsidies are offered only to a subset of buyers in the market, this incentivises two things. Firstly, it encourages arbitrage and rent-seeking, like when a buyer purchases something at a price that was set too low by administrative means and resells it at the market price. Secondly, it feeds corruption. You will attempt to curb profiteering by regulatory means, and so various shady schemes will emerge to try to subvert these limits.

In Ukraine, politicians have traditionally clung to the practice of hidden subsidies for natural gas consumption. What they should have done was create conditions for the growth of salaries and pension benefits that would have allowed consumers to pay for their gas at market prices.

Consequences of the longstanding practice of hidden subsidies

1. In 2018, hidden subsidies amounted to 6 percent of state budget revenues. According to IMF data, budget revenue per capita in Ukraine is one-nineteenth of the European average. On the other hand, salaries and pension benefits lag behind average European levels by a factor of 7 and 22 respectively.

2. The consumption of energy for residential heating is much higher than in neighboring European countries. In 2016, Ukrainians consumed, on average, twice as much gas per square metre of residential floor area as Europeans did.

3. An affluent person living in a large house will receive more in hidden subsidies than an average household in Ukraine, as they will consume more gas. According to publicly available data from the National Energy and Utilities Regulatory Commission, families living in houses with a floor area of over 400 square metres  m consume, on average, 7 663 cubic metres of gas annually. In comparison, an average family living in housing with a floor area of 70 to 120 square metres  consumes 1 343 cubic metres of gas. For instance, a well-known politician, Yulia Tymoshenko, who advocates for hidden subsidies, and whose asset declaration for 2017 shows her renting a 588 sq. m house in Kozyn, will quite logically receive 6 times as much from the state in these benefits as an average household would.

4. Natural gas production is 1.8 times less than it could have been under market conditions. This costs the country up to 3.4 percent of its GDP.

5. To my knowledge, control over the whole chain of supplying gas to households (at administratively lowered prices) is exercised by a group of companies owned by Dmytro Firtash, the founder of the infamous gas-trading intermediary RosUkrEnergo. Illegal profits from this business have been estimated to run into billions of dollars, while corruption began at the level of a regular technician working at a regional gas supply company and led to the highest levels of power.

I should add, however, that the indices for 2018, while still problematic, are significantly lower than they were at their peak in 2014. Back then, problems associated with hidden subsidies had placed Ukraine's very statehood in peril.

Who benefits from hidden subsidies, beside politicians and the Firtash group which created this system and keep it running?

Russia does. Economically irrational, runaway consumption of gas in Ukraine creates an amplified demand for imports. The stifling of domestic gas production further denies Ukraine a chance to attain self-sufficiency or gas exporter status. This allows Russia to boost its exports: either directly to Ukraine or Europe, from where we currently source our gas. In both cases, Russia's budget receives additional revenue which either originates in Ukraine or is a consequence of suppressed domestic gas production. So far, between 2009 and 2015, Russia has earned and Ukraine has lost huge amounts of money this way – USD 11.7 billion.

Therefore, it comes as no surprise that Russian companies (above all Gazprom) and Kremlin-linked oligarchs maintain a close partnership with the Firtash group. Among other things, this group owns Inter – the TV channel that has repeatedly raised suspicions about its pro-Russian stance – and exerts control over a group of pro-Russian MPs in the Ukrainian parliament.

A matter of survival

The problems deriving from hidden subsidies persist. However, they are much less acute now than they were at their peak in 2014, when they became a threat to Ukraine's statehood.

Let me lay out the numbers. In 2014, all subsidies, both the hidden subsidies mentioned above, as well as targeted subsidies allotted to individual consumers who apply for them, amounted to 24 percent of state budget revenues. In 2018, the number had dropped to 14 percent. The regulated price for gas designated for household consumption was almost 8 times lower than the market price in 2014. In 2018, it was only 1.7 times lower.

In 2014, solving the problem of hidden subsidies was for me a matter of Naftogaz's survival and the very survival of Ukraine as a sovereign state.

I was not the first one to bring up the pitfalls inherent in the system based on hidden subsidies. Those risks had long been outlined by leading experts, specifically from the IMF. Former Ukrainian prime ministers – Yulia Tymoshenko and Mykola Azarov – accepted those arguments and even pledged to the IMF their commitment to abolish those "benefits".

Later, however, they would backtrack on their commitment, suggesting that their statements had been taken out of context. That hidden subsidies mean the difference between the regulated price and the "cost of production" (as calculated by themselves). That the government wants to change things, but is prevented from doing so by various laws, or the National Energy and Utilities Regulatory Commission (formally responsible for price setting), or Ukrainian courts that strike down government acts on price increases. The West would voice its criticism, which would be summarily ignored.

I knew how to eradicate this perverse practice and replace it with a more efficient system. I understood and could prove that we were at a critical point at which changes had to be made, and that Naftogaz could be an instrument for effecting these changes.

From there, we could move on to implementing specific initiatives in cooperation with international financial institutions and bodies of the European Union. I had a clear understanding of these initiatives and their interplay, including cutbacks on hidden subsidies.

For example, the Law on the Natural Gas Market was a crucial component of changing the framework of gas price formation.

Another example: When we were told that changes were impossible because of "bottlenecks" in the social welfare system which would take years to overcome, we convinced everyone and helped introduce the necessary measures. That was the gist of my work.

I had an ideology for necessary change, and this ideology is still relevant today. This is an ideology of an efficient market, of the state taking an active role in ensuring this efficiency, and of the role that can be played by a modern national company as an instrument of this change.

With regard to the issue of gas prices, my ideology involves competitive prices accompanied by an increase in salaries and pension benefits. It involves income growth that would outstrip the rise in natural gas prices and general inflation. I envision a reform that has people feel themselves becoming better, not worse, off.

Why are we still falling short of our objectives?

The government is failing to implement many changes that I consider necessary for reforms to successfully come to fruition. Sometimes this failure to act is in contravention of laws that oblige the government to do so.

For example, prices for natural gas designated for household consumption are still not being determined in a competitive environment. In other words, we still lack a liberalized retail market. This allows Dmytro Firtash to retain his monopoly – through government regulations and in violation of the Law on the Natural Gas Market. In August 2017, the Energy Community Secretariat even had to initiate proceedings against Ukraine because a key regulation governing the industry did not align with the EU acquis.

When around 30 percent of gas consumers rely on targeted subsidies to be able to pay their utility bills, it could hardly be called an effective government policy. People often perceive application for subsidies as a humiliation. A much better solution would be to ensure income growth for those currently in the workforce, especially those whose salaries are paid from the state budget, as well as increase pension levels and targeted benefits. Income growth would cover the increase in the cost of utilities and general inflation.

At the same time, it would be necessary to explain to the Ukrainian people that the increase in budget outlays for salaries, pensions, and aid is happening thanks to the elimination of hidden subsidies.

I am sure such a reform would be popular.

The vicious cycle of hidden subsidies, poverty and corruption freed the system of paternalism and kleptocracy. And this is not unique to Ukraine. But even if Ukrainians were willing to tolerate it, our international partners would hardly support such a country in its fight for real independence. Especially when the adversary happens to be a powerful state like Russia.